FUNCTION: 79 Apartements and a commercial space

The former offices of Leonidas in the heart of Brussels, depleted and neglected for several years, were stripped to their bare concrete structure and subsequently refurbished and transformed into contemporary studios, apartments and a commercial space.

The existing kink in the street is reinforced by the ‘dancing’ facade, which creates a dynamic design and gives a certain radiance to the building and the street.

Gold plating the – sometimes slanted – window jambs intensifies the game of light and shadow in the facade.

In the interior space the existing construction was opened up to let the light enter into the ground level and to create an interior garden with intensive vegetation.

Its finishing was realized in bright colours and wood to create a warm and light atmosphere. 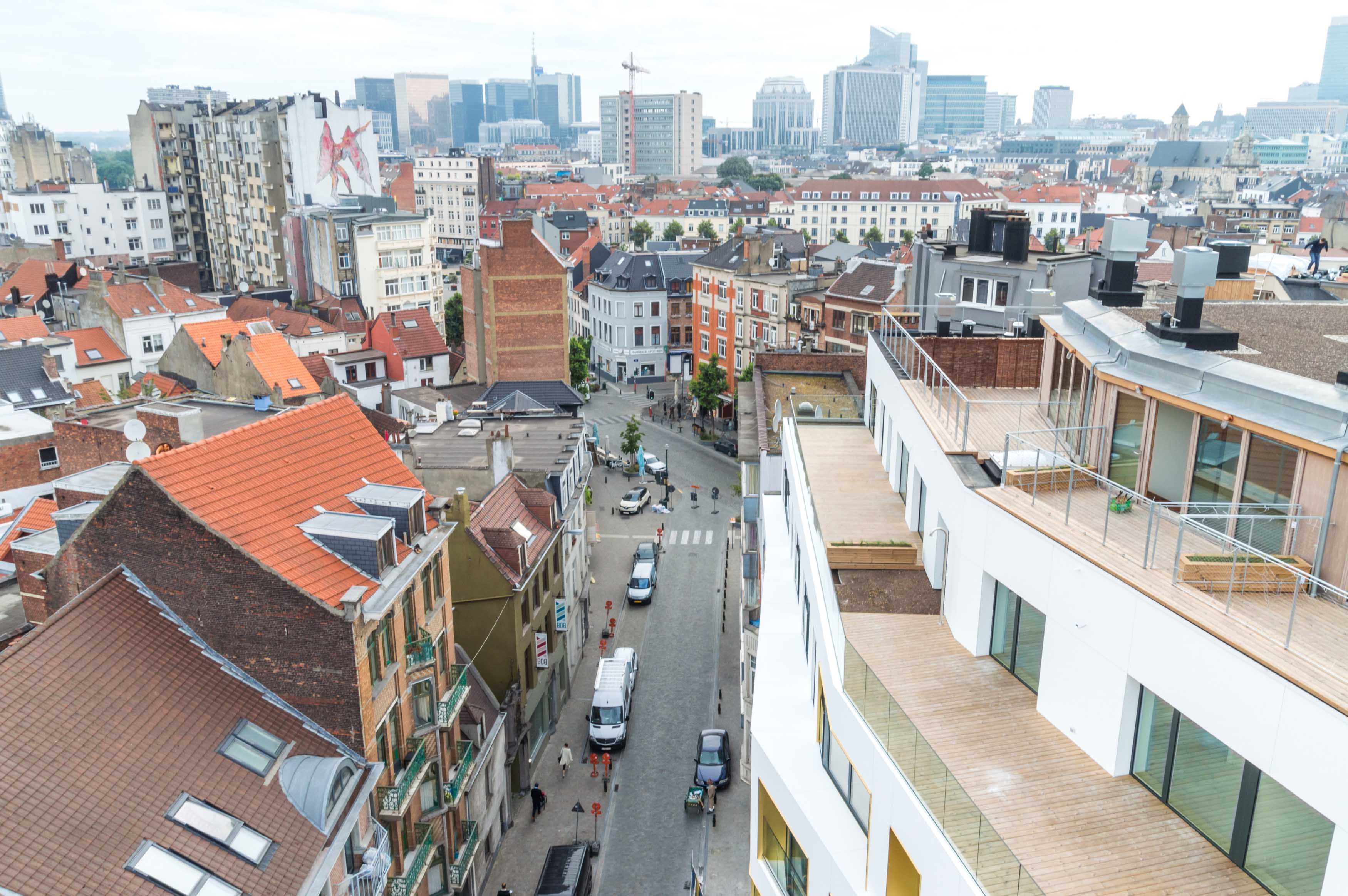 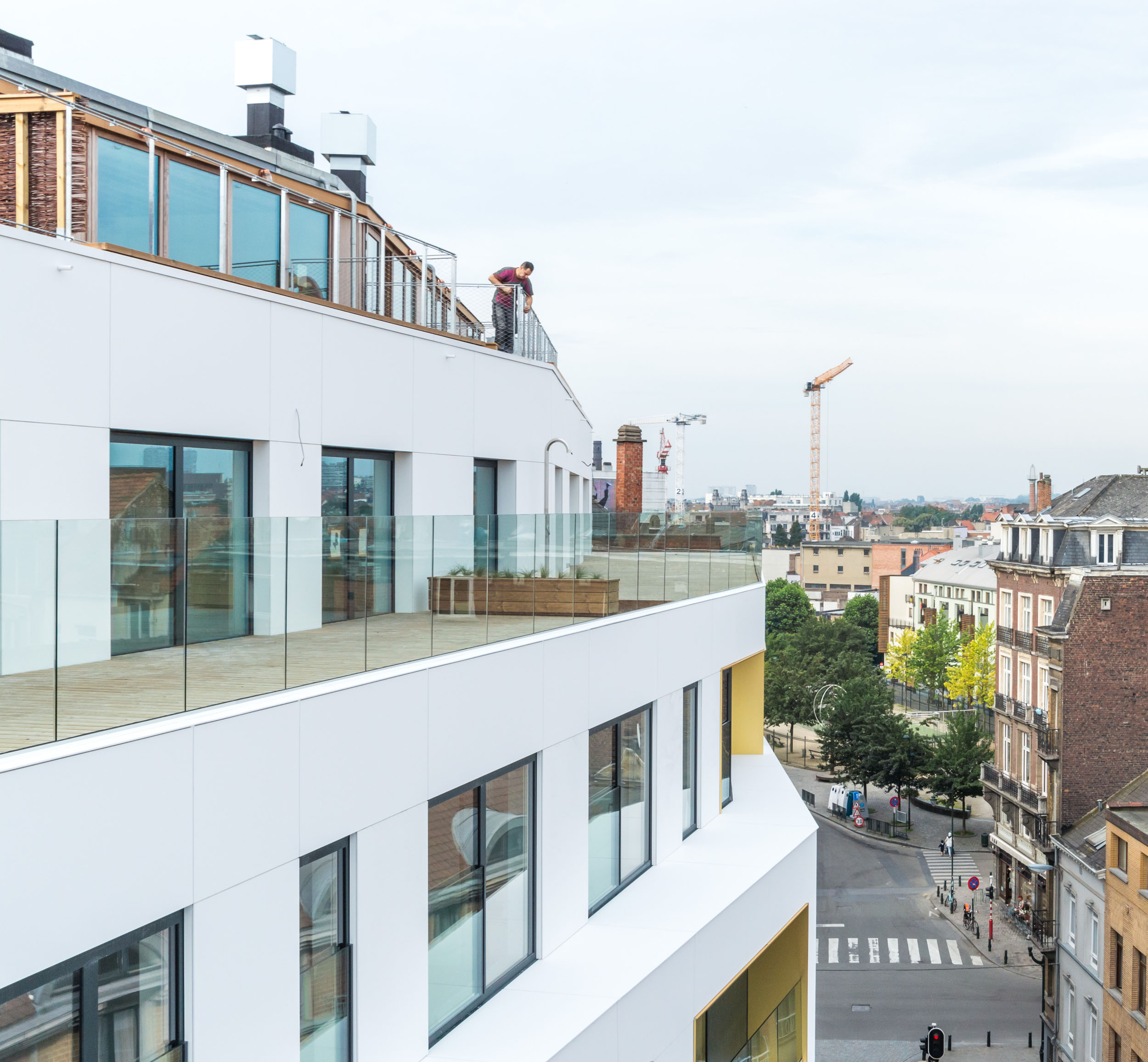 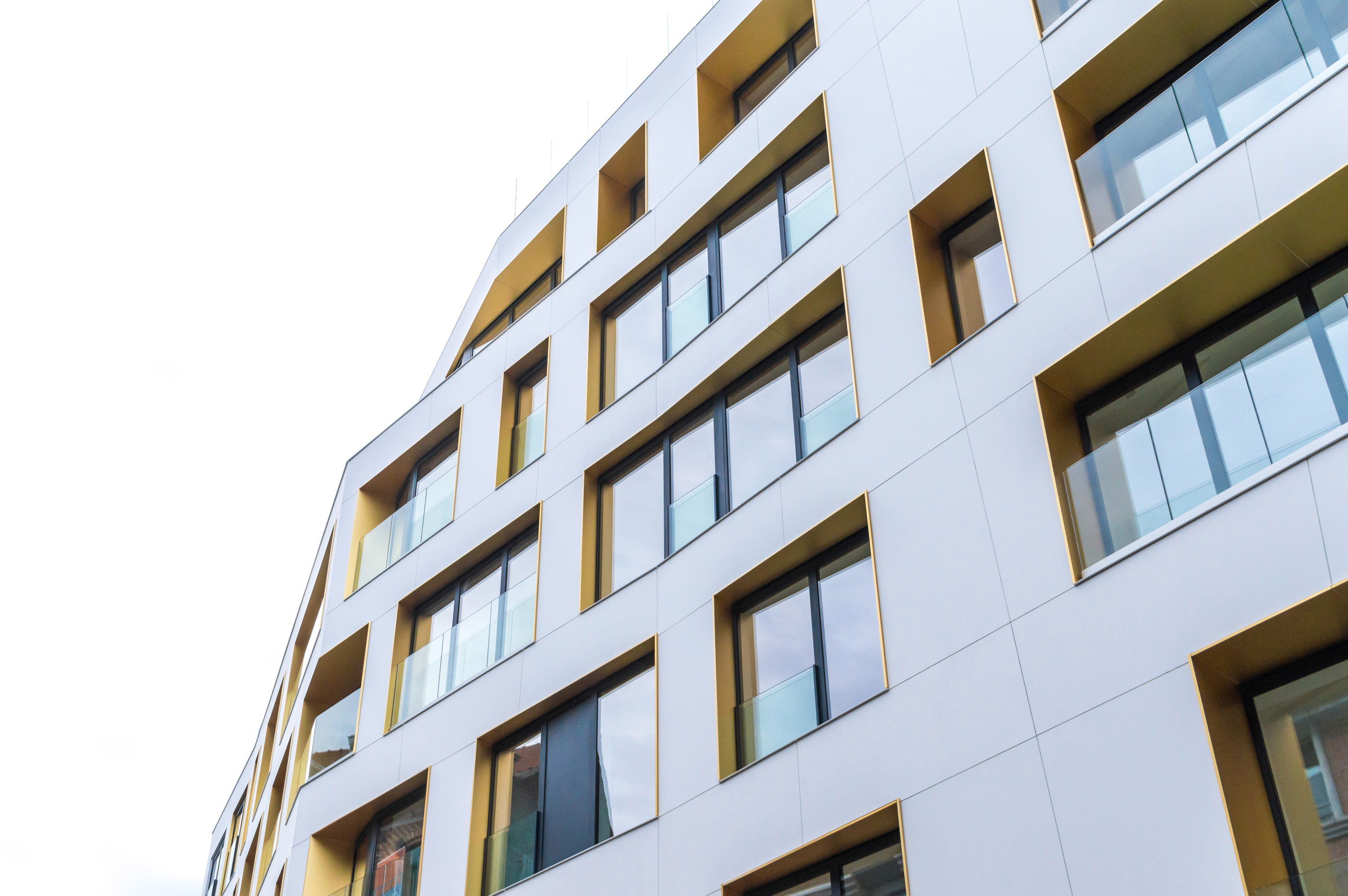 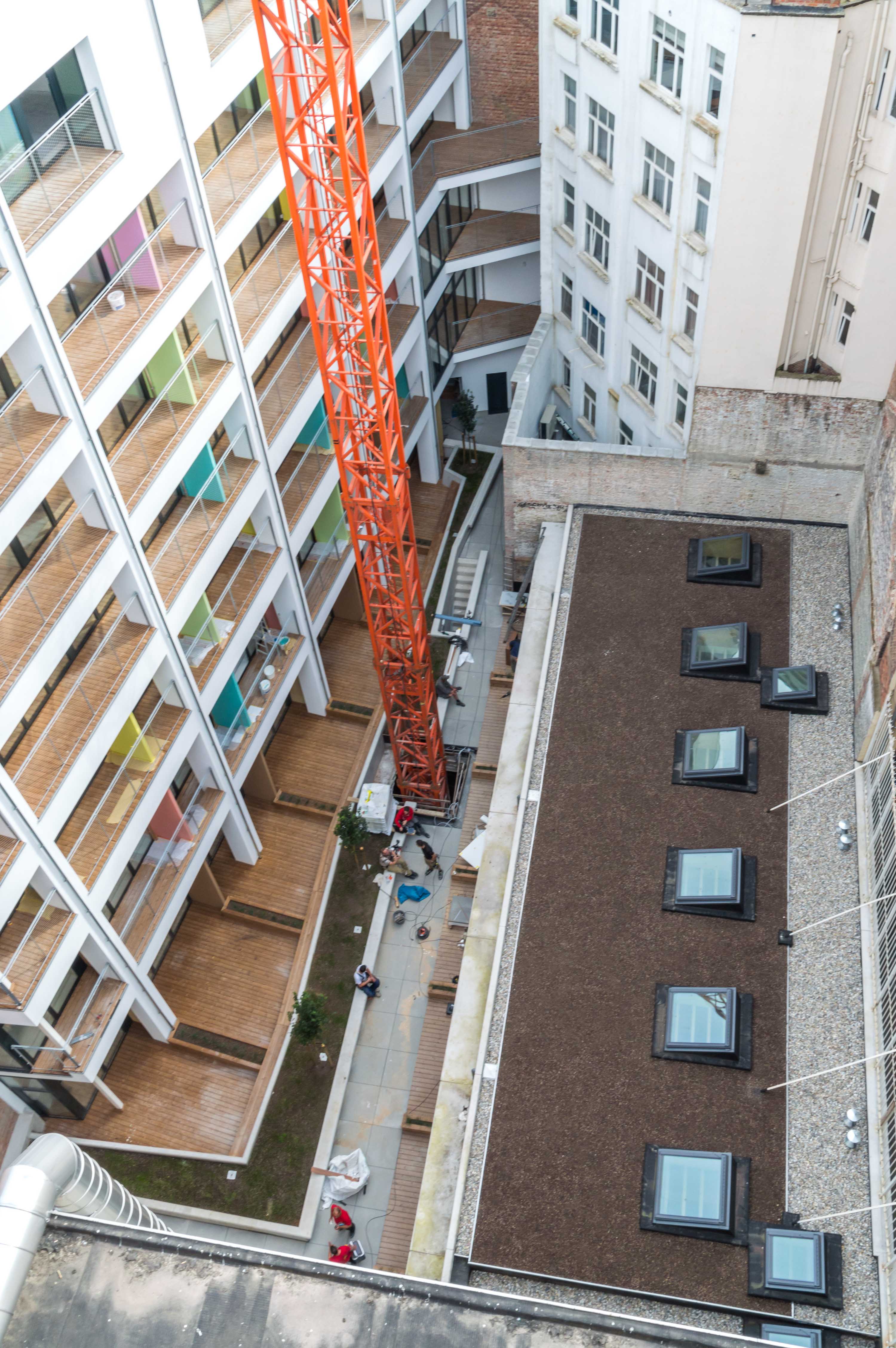 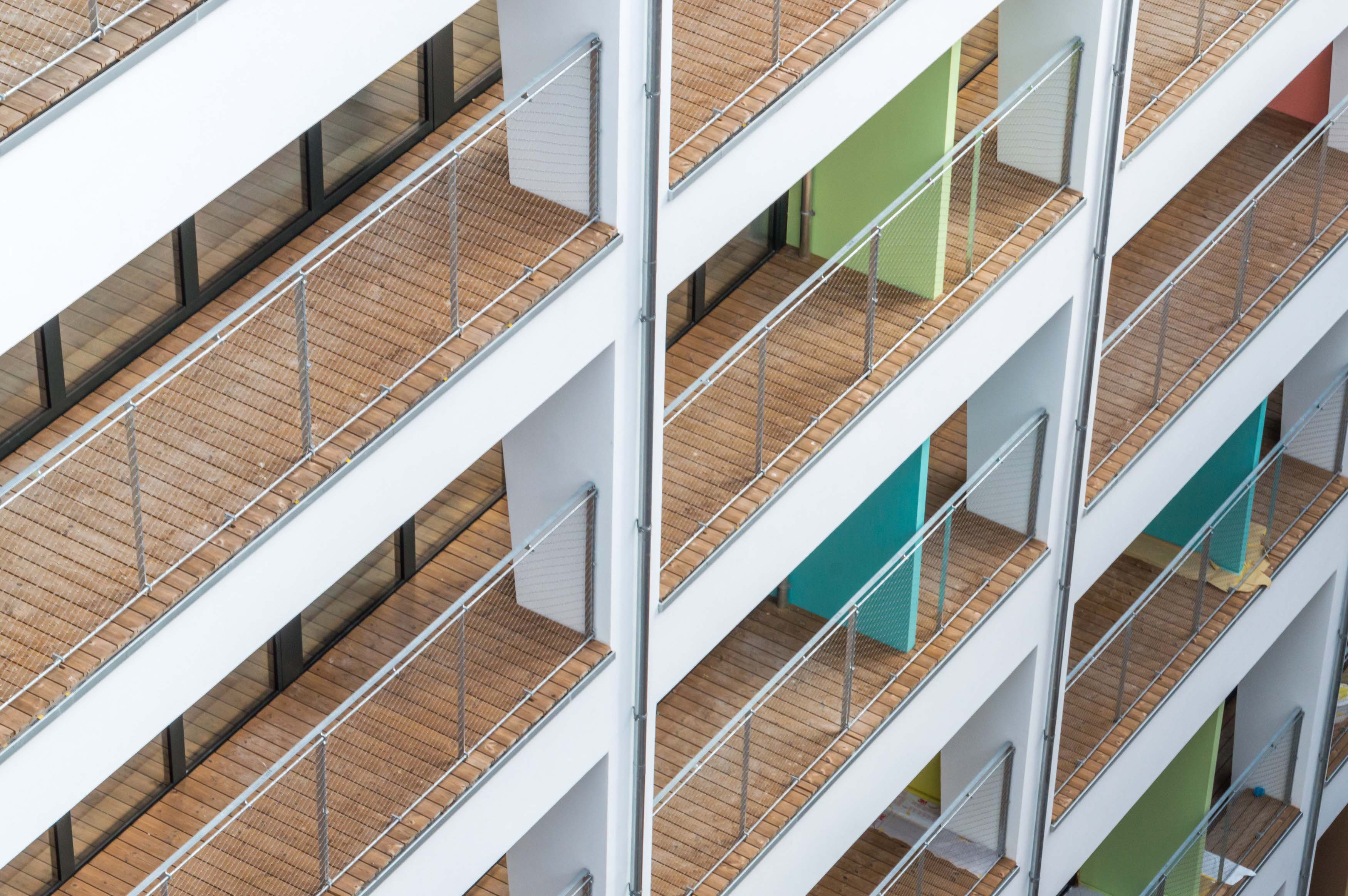 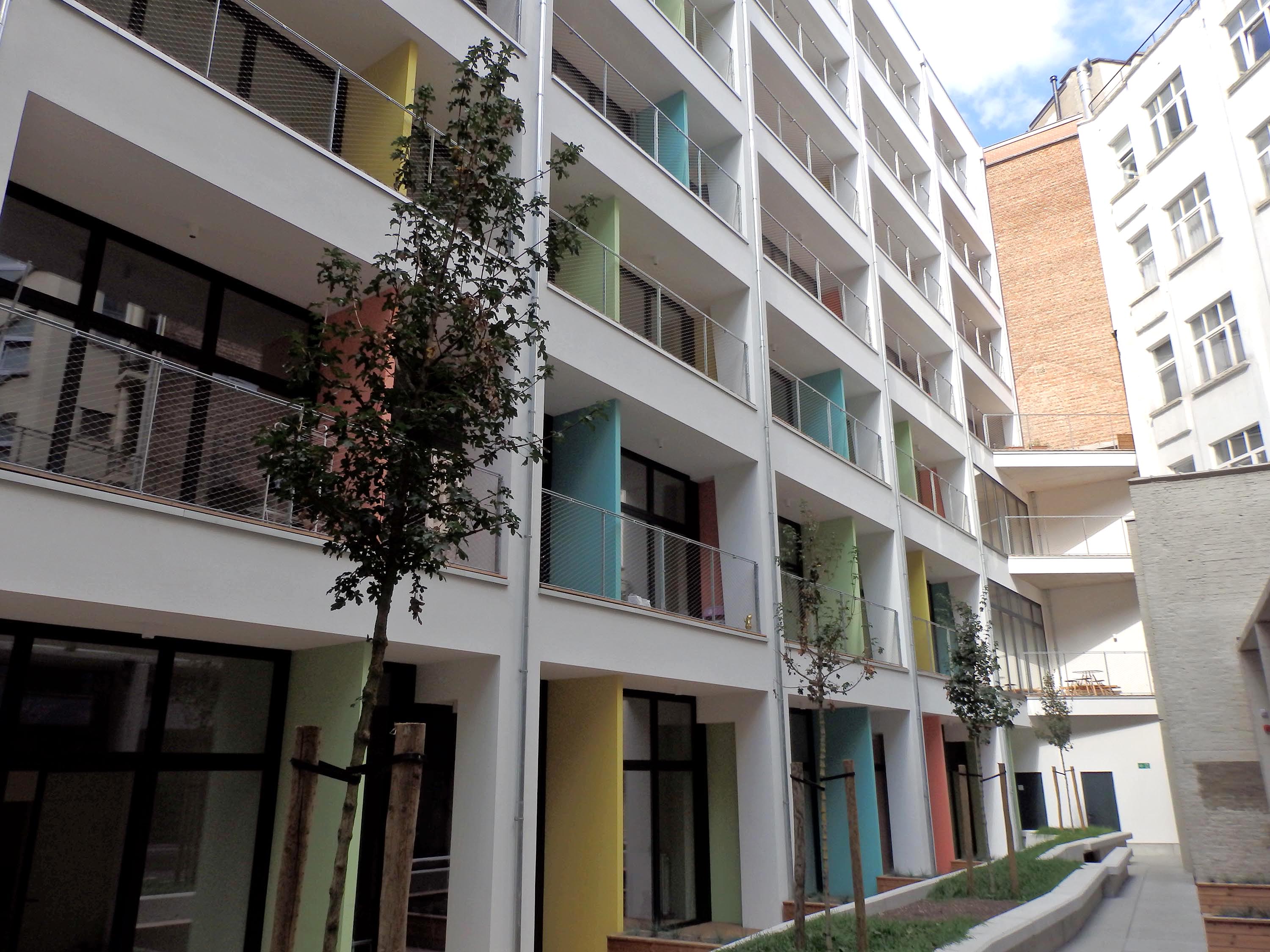